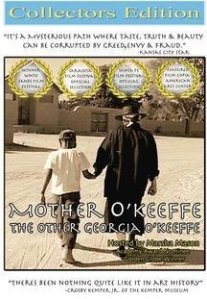 On Thursday, January 8 at 7 PM, REEL NEW MEXICO will present Mother O’Keeffe, an interesting and opening documentary about famed artist Georgia O’Keeffe. The film is narrated by former New Mexico resident, Marsha Mason and produced and directed by fellow El Dorado resident, Richard Startzman, who will be our guest..  This film is one hour long and was released in 2007 and offers a very different look at artist Georgia O’Keeffe.

The documentary explores the relationship Georgia O’Keeffe had with a young boy whom she taught how to paint and continues to explore the controversy surrounding the identity of who really painted some of the most acclaimed watercolors of the 20th century.

You are now able to order and bring food and drink from La Plancha and enjoy it in the Performance Space, offering a casual dinner and a movie type event.

The $5 suggested donation/admission at the door will go for expenses and to bring in filmmakers for other screenings.

For more information, please contact Jeff Berg at 466-1634 or at nedludd76@hotmail.com 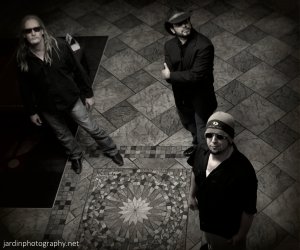 The Rudy Boy Experiment is back at The Performance Space on Friday, January 9 from 6:30 – 8:30 pm. Shake off the winter doldrums, or keep the party going, and join us for some great R&B!

Get down, get dirty, and get home early. $10 suggested cover, but pay what you can. Everyone welcome!